I always thought the expression time goes by in a blink was a bunch of nonsense. However, that opinion was completely reversed after my two daughters started asking for their own spa treatments following their viewing of a series of princess movies.

I ended up asking that question again after I decided I did not have the money to take them to a real spa and had to find a toy that would live up to their expectations.

I ended up finding the Orbeez Foot Spa.

I had seen colourful beads and spa toys in the past, but I never imagined they would be morphed together to form one single toy. 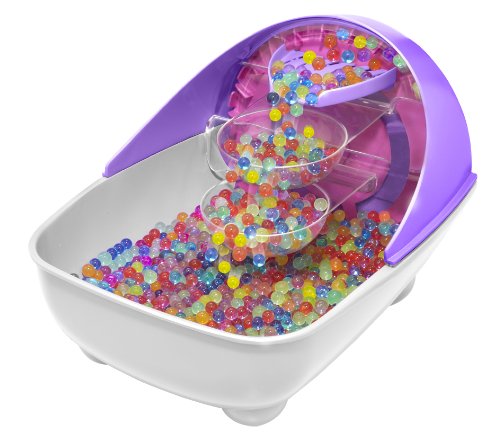 When it came to purchasing the Orbeez Foot Spa I told myself I would not make the mistake I made in the past. That mistake was buying one single toy for my two daughters.

You might be saying something along the lines of “why is that such a big mistake.” Well, when there are two daughters and one toy one daughter ends up hogging the toy, which causes the other to become jealous, angry, and overall upset.

The answer was to buy two of the Orbeez Foot Spas.

Buying two spas may sound relatively simple, but it was most definitely not because each spa cost almost 50 pounds, which meant I was spending nearly 100 when everything was said and done.

I rationalised this by telling myself I would save hundreds of pounds in the long run by avoiding actual spa treatments.

Additionally, I rationalised this by telling myself I would prevent the previously mentioned drama by buying two spas. Looking back on it I should have just taken them to the actual spa treatments.

The packages arrived and both of my daughters were ecstatic. I found two C batteries and got each toy working. I left each daughter with their toy and went to do the dishes.

While doing the dishes I noticed little round objects on the floor and upon further observation I figured out they were the beads from the Orbeez Foot Spa. I then proceeded to make my way to their room, which was not an easy task because I had to pick up over a hundred beads on my way to the room. I asked them why they felt the need to toss their beads all over the house and they both proclaimed they didn’t.

I figured they were lying because inanimate objects do not sprout legs and walk around the house. However, one daughter got up and I realised she must have been telling the truth because tons of beads were stuck to her feet.

The real icing on the cake was the fact that each daughter had sticky residue on their feet, which, caused them to have to rinse their feet with water after getting the beads off. In other words, one minute of toy time results in one hour of absolute torcher for everybody.

After one week with the toy I could clearly see my daughters were no longer enjoying the toy. They were tired of having to have their feet scrubbed every time they played with the toy.

Additionally, the beads shrank, which was even more of an annoyance because a set of replacement beads would cost more money.

Overall my daughters were done with the toy and I was as well. The Orbeez Foot Spa is too expensive, can’t compete with great kids foot spas, and definitely too much of a hassle. My daughters came to the mutual conclusion that they wanted the toy to be garbage, which is what ended up happening.